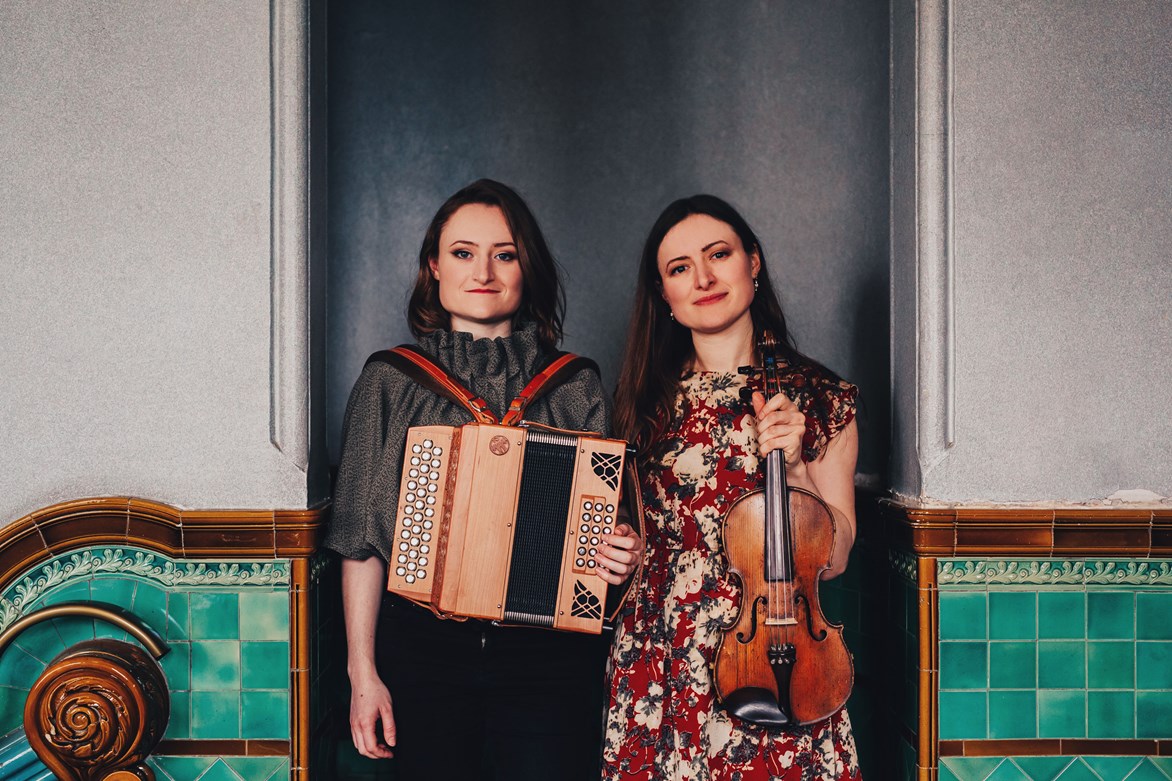 Emily and Hazel Askew have become known as two of the foremost performers and interpreters of English folk music. Their live performances brim with the depth and connection not only of two sisters, but also of two musicians who have been immersed in folk music all their lives. Together, they rework and reinterpret songs and balladry, creating breath-taking arrangements, which allow words that are hundreds of years old to resonate profoundly with contemporary audiences. Alongside this, both women are also skilled multi-instrumentalists and expert players of dance music, using fiddles, melodeons, concertina and cello in their innate drive to bring old dance music to life.

Laurel Swift is an all round folkie, playing, dancing and singing, and bringing a little of everything for you! From her own interpretations of traditional songs to brand new songs inspired by the tradition, Laurel's fiddlesinging is a lively telling of old tales. She accompanies herself on fiddle, will throw in a clog dance or two and invite Emily and Hazel up to join her for a couple of tunes. Expect a lively set with a few sweet and poignant moments.

"There are many people, young and old, to whom the currently vibrant English folk scene owes a lot. But in my book the one who ought to be front of the queue when they hand out the awards is an infectious bundle of mass-enthusing energy called Laurel Swift" - Ian Anderson, froots

The performance will be streamed - virtual tickets can be purchased below by clicking on the gold "Get your virtual ticket now!" button.