She has performed extensively as a recitalist and chamber musician in festivals and concerts throughout Europe and as a concerto soloist with amateur orchestras across the UK. As an orchestral musician she has performed with symphony and chamber orchestras in Britain and Germany including Neue Philharmonie Westfalen and Stadtorchester Hagen. Open to all genres of music, she has played alongside artists including Boy George, Mica Paris and Dominic Horowitz.

Now establishing herself as a chamber musician and educator, she is responsible for the musical education of more than 30 young string players. She has performed at festivals and given numerous concerts with the Chagall Piano Quartet since founding the ensemble in 2011 and has reached the final of international chamber music competitions with them, including the St Martin-in-the-Fields competition and the Johannes Brahms competition in Gdansk.

Her competitional activity is harmoniously blended with a busy concert schedule. Alexandra has performed with the Royal Academy of Music Symphony Orchestra the piano concerti by Stravinsky and Grieg while giving numerous solo and chamber music recitals organized by the Countess of Munster Musical Trust within the UK.

In 2018, Alexandra won the first prize at the International Piano Duo Competition “Suzana Szörenyi” in Bucharest, alongside pianist Florian Mitrea, followed by their Romanian duo debut a year later, in Bucharest.

Alexandra is grateful to the Sonoro Foundation, Drake Calleja Trust, Imogen Cooper Trust, Countess of Munster Trust, Martin Musical Fund, Help Musicians UK Fund, David Bowerman and Barry Sterndale – Bennett for their support. She is the recipient of a double Fellowship during the 2015/2016 academic year: the Hodgson Fellowship for solo pianists and the Royal Academy of Music chamber music Fellowship with her group.

Since 2009, Alexandra has successfully completed the Bachelor of Music, Master of Arts and Advanced Diploma courses at the Royal Academy of Music while studying with the pianist Diana Ketler. She is currently a PhD candidate at the same institution where she is researching the piano compositions of George Enescu. 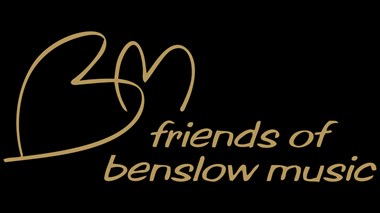