Steve’s captivating style and versatility is featured on recent recordings and performances across the UK with Sara Colman, Greg Cordez and We Are Leif. In 2021, Steve will be releasing ‘Emboldened’, an ACE supported suite of his original music alongside recording an album of compositions with the quintet.

“Steve Banks brings a crisp lyricism that mimics Colman’s flight patterns then deviates in fascinating directions” - Dave Sumner, Best of jazz on Bandcamp (Sara Colman’s What We’re Made Of)

Highly respected and in-demand UK pianist and composer.  Rebecca’s recent album ‘Peaceful King’ on Whirlwind records was received with enthusiastic acclaim in both UK and US.

“Jensen is thoughtful, richly chordal and attractively Charlie Haden-like on the bass” John Fordham, The Guardian

First call jazz drummer in the South West, played and toured with many celebrated musicians including Andy Sheppard and Iain Ballamy. 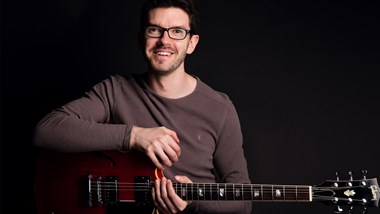