Sarah Leonard is one of Britain's most respected and versatile sopranos. She has a wide repertoire from baroque to contemporary and has appeared throughout the world in major concert halls, opera houses and festivals. She has premiered many works by leading composers including Harrison Birtwistle, Pascal Dusapin, Jonathan Harvey, Helmut Lachenmann, John Harle and Joe Cutler.

Her 30-plus recordings include a recital series of English Song with Malcolm Martineau, works by Varèse with Chailly and the Concertgebouw Orchestra and Ligeti’s Aventures, Nouvelle Aventures with the Schoenberg Ensemble,  and In Praise of Dreams by Joe Cutler for NME.  January 2017 saw the release of vocal works by Nicola LeFanu and David Lumsdaine with Gemini Ensemble for Metier, and The Silver Hound, new recordings of songs by Betty Roe. In 2018 she recorded Joe Cutler’s Akhmatova Fragments on his highly acclaimed new CD Elsewhereness on NMC.

For many years Sarah toured as a guest soprano with The Hilliard Ensemble, singing and recording the music of Arvo Pärt. She sang with The Michael Nyman Band for over 20 years and featured on Peter Greenaway films The Cook, the Thief, His Wife and Her Lover, and Prospero’s Books and many Nyman CDs.  Sarah has also worked extensively with John Harle and is the voice in the title music of the long running TV series Silent Witness.

Alongside her performing career Sarah teaches singing in London and holds popular singing courses with Stephen Gutman, at Benslow Music and Jackdaws in Somerset.

In January 2013 Hull University awarded Sarah Leonard a Degree of Doctor of Music, honoris causa for her services to music.

Stravinsky: The Owl and the Pussycat

Rachmaninov: These Summer Nights Op 14 No 5 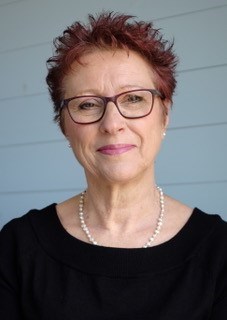