Blending the passion and vitality of authentic Latin music with the smooth sound and virtuosity of the classical tradition, Classico Latino brings fresh perspective on the world of Latin-American music, breathing new life into songs from across the continent.

Drawing on the familiar Bolero and Tango as well as less-well-known rhythms such as Pasillo, Joropo and Currulao, Classico Latino's music tells the amazingly varied stories and emotions of Latin America.

The group’s fifth album, Havana Classic, named runner-up Album of the Year in the 2019 UK Latin Awards, released in September 2019, captures the essence of Cuba’s traditional music, reimagined through the unique arrangements and sound of Classico Latino.

“A unique fusion of Latin and Classical with beautiful musicality” 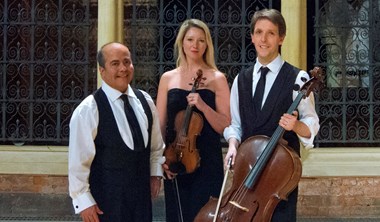