Lydia Dobson graduated from the Royal College of Music in 2018 with a First Class BMus Hons Degree after studying with Richard Lester, where she was kindly supported by the Henry Wood Trust. Prior to this, Lydia was a student at the Purcell School, studying with Pal Banda and Lionel Handy at the RAM. She also enjoyed four years in the National Youth Orchestra of Great Britain. Lydia is an experienced and passionate orchestral musician who currently enjoys regular engagements with English National Opera and has done so since 2017. She has also worked with BBC Philharmonic, including the BBC Proms, London Sinfonietta, New London Sinfonia and bookings for Isobel Griffiths LTD. Lydia has experience of orchestra leadership, having sat Principal and Co-Principal at the Purcell School and during her time at the RCM.

As a soloist, Lydia has covered all of the standard repertory and is always keen to extend the canon of works, to include contemporary, unfamiliar and unusual pieces from the classical, baroque and romantic eras. She has performed live on BBC Radio 3 In Tune and in 2017, premiered a cello concerto by Paul Ibbotson. As a chamber musician, Lydia performed in a variety of ensembles at the RCM and frequently performed with the Richard Lester Cello Ensemble, a highlight of which was a performance of Steve Reich Cello Counterpoint, in the presence of the composer.

Jonathan Dobson was born in Derbyshire and attended school in Mansfield before studying music at Clarendon College in Nottingham. In 1986 he won a place at the Royal Academy of Music, studying piano with Alexander Kelly and Hamish Milne. He was awarded the Peter Latham prize on graduation in 1991 and for the past 30 years has enjoyed a diverse and successful musical career as a pianist, conductor, journalist, broadcaster, critic, adjudicator and educator. For the past 14 years Jonathan has been Director of Music at Queenswood School and in 2013 was elected an Associate of the Royal Academy of Music in recognition of his work in music education. Jonathan has played in many concerts in the U.K. and in Europe and has performed live on BBC Radio 3 In Tune. 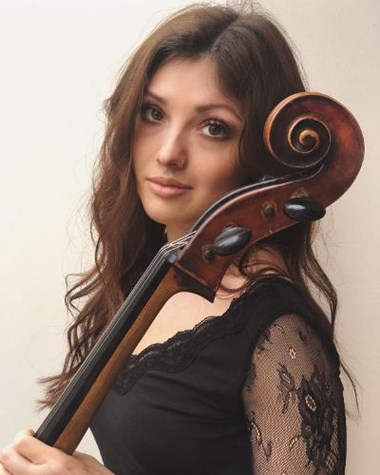