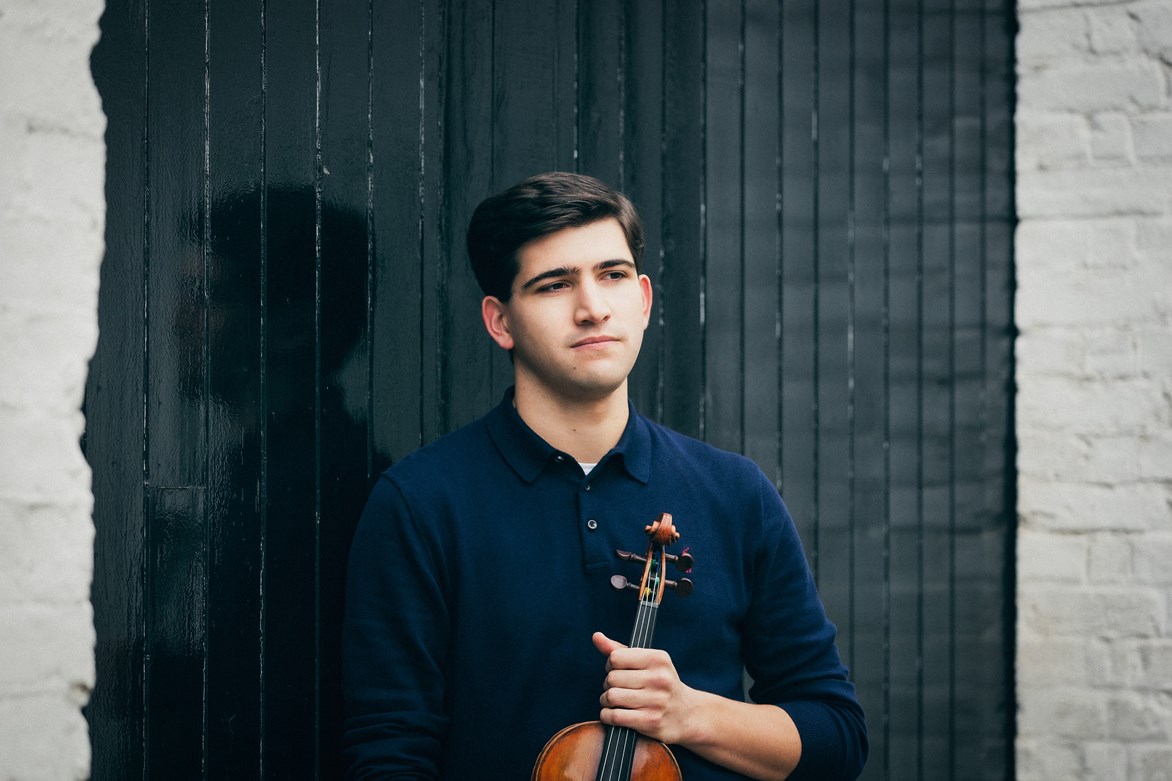 Brahms: Sonata No 2 in A major

Franck: Sonata in A major

Cristian Grajner de Sa is already well-known to British audiences and many of today’s celebrated performers and is firmly establishing himself as one of Britain's emerging young artists.

In September 2019, at the age of 24, he made his debut at the Concertgebouw, Amsterdam and he has already been invited to perform in many of the great venues of Europe; the Mozarteum of Salzburg, Atheneum of Bucharest, Wigmore Hall in London, the Cheltenham Festival, St. Martins-in-the-Fields, Salle Paderewski of Lausanne and Ateneo de Madrid to name only a few. He has been broadcast and featured on BBC Television, BBC Radio 3, Scala Radio FM, The Violin Channel and TVR Romanian National Television. Previous concert seasons have seen Cristian perform many of the great concertos with ensembles at home and abroad; the Orquestra de Cámara Galega in Galicia, the Symphony Orchestra of his alma mater, the Royal Academy of Music and he performs regularly at the Corn Exchange, Bedford, where he is to return in the 20/21 season to perform the Beethoven and Brahms Double concerti. His repertoire extends from staple works of the literature, from Bach, Mozart, Mendelssohn, Tchaikovsky, Lalo, Sibelius, Bruch and Elgar to lesser-performed concertos of Glazunov, Coleridge-Taylor and Henri Dutilleux. In June 2020, he released live recordings under the Ulysses Arts label on Spotify, Apple Music, Deezer and all other streaming platforms. After taking a keen interest, Scala Radio selected him as their Young Artist.

With more than 70 albums to his credit, reflecting an enormous variety of genres and styles, John Lenehan ranks as one of the most versatile pianists on the classical scene today. Praised by the New York Times for his “great flair and virtuosity” and the (London) Times – “a masterly recital”, John Lenehan has appeared in concerts throughout the World from Abu Dhabi to Zurich and from Aberdeen to Zimbabwe. As a soloist he has appeared with orchestras such as the London Symphony at the Barbican and the Royal Philharmonic in the Royal Albert Hall. John Lenehan has also collaborated with some of the leading instrumentalists of our time and is recognised as an outstanding and versatile chamber musician.