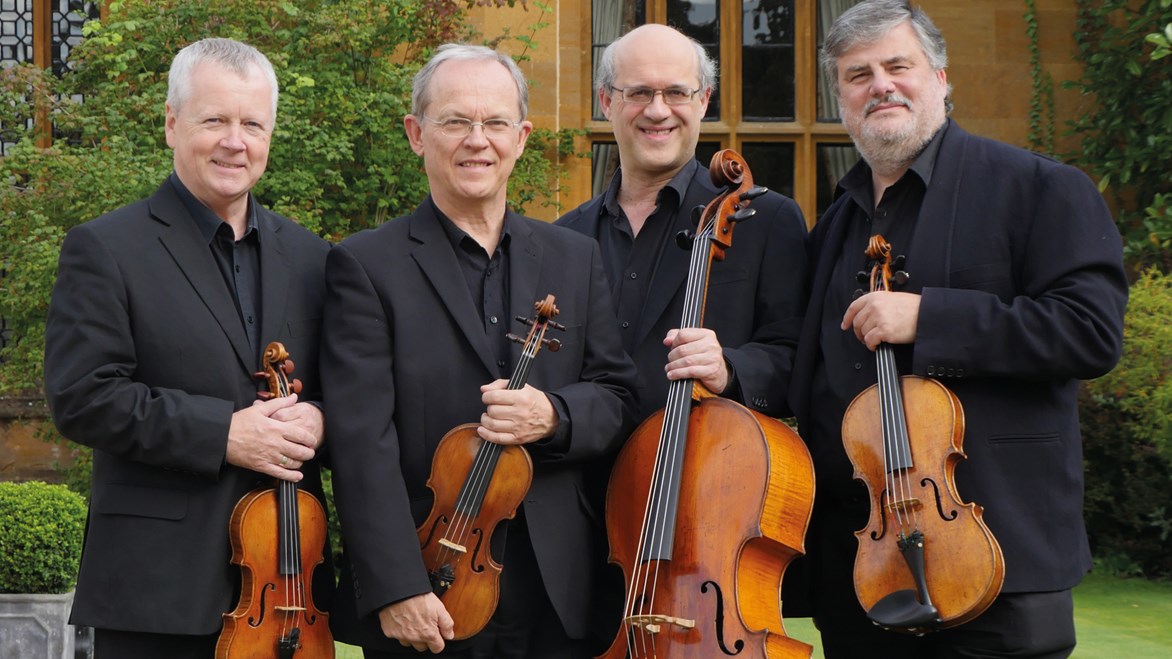 Formed in 1974 by students at the Royal Academy of Music under the guidance of renowned quartet leader, Sidney Griller, they rapidly achieved national recognition. In addition to performing and broadcasting extensively throughout the UK, the Coull Quartet, which still includes two of its founder members, has made tours of Western Europe, the United States, Canada, Columbia, Brazil, Australia, China, India and the Far East, Iceland and Singapore and for over forty years were Quartet-in-Residence at the University of Warwick.

Since the mid-1980s the Coull Quartet has made over 30 recordings featuring a wide selection of the repertoire closest to their hearts, from the complete Mendelssohn and Schubert quartets to 20th century and contemporary British chamber music. Their CD of quartets by Maw and Britten on the Somm label has received universal acclaim; in addition to being featured in ‘Editor’s Choice’ in The Gramophone, it was also described as the ‘Benchmark Recording’ by BBC Music Magazine. Their recordings of music by Sibelius and Ian Venables have also received excellent reviews in the major musical publications.

Their impressive and unusual list of commissions includes works by Sally Beamish, Edward Cowie, Joe Cutler, David Matthews, Nicholas Maw, Robert Simpson and Howard Skempton. These include string quartets, quintets with piano or wind player, works with solo voice or choir, and even a piece for quartet and table tennis players!