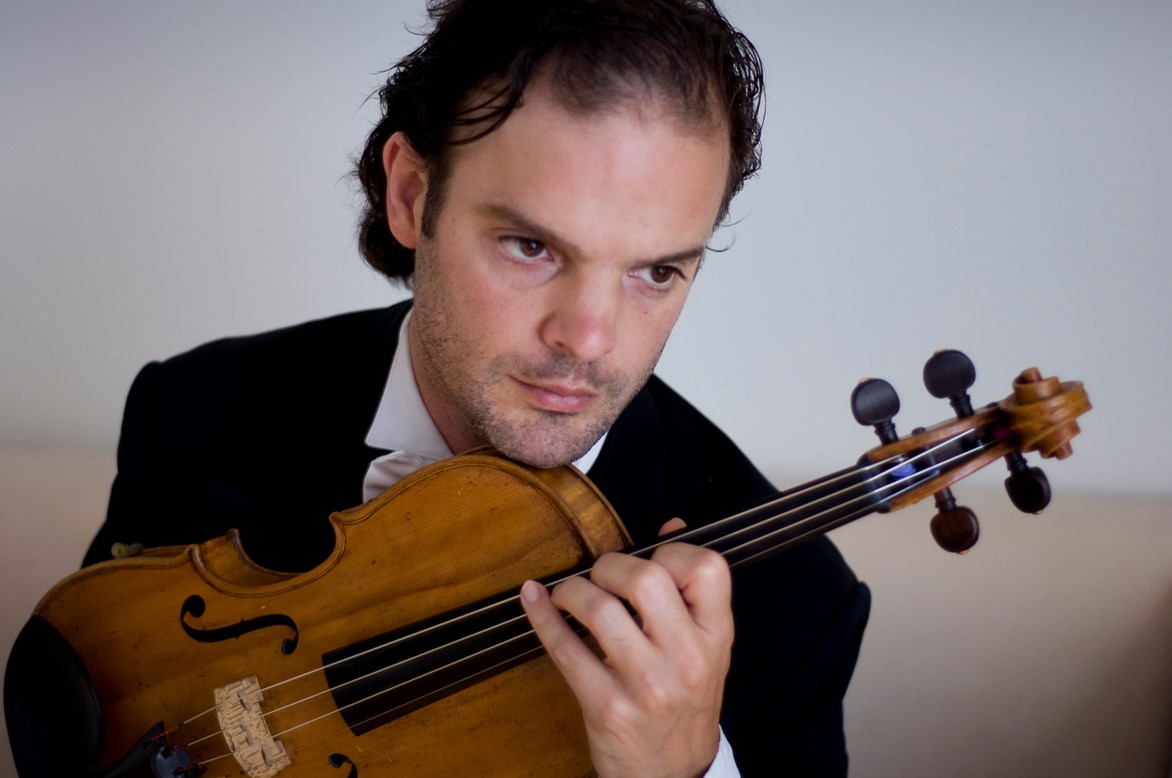 We're delighted that members of the London Symphony Orchestra local to Hitchin will be performing at Benslow Music as part of a new LSO Local initiative.

Born in Argentina, Germán Clavijo studied violin with Ljerko Spiller in Buenos Aires and subsequently at the Guildhall School of Music & Drama in London with Jack Glickman, Rachel Podger and members of the Takács and the Amadeus quartets.  In 2009 Germán became a member of the London Symphony Orchestra and plays concerts in all the major concert halls worldwide under conductors like Valery Gergiev, Bernard Haitink, Sir Colin Davis and Sir Simon Rattle, among others.  He has recorded for Classic FM and the BBC in the United Kingdom and for Radio Nacional and TVE in Spain. He has worked with the Royal Philharmonic Orchestra, the BBC Philharmonic, Royal Opera House and the Ensemble Modern.  Germán is a Viola Professor at the Guildhall School of Music and Drama and a founder member of the Aleph Orchestra in London and Artistic Director of the Festival de los 7 Lagos in Argentina/s Patagonia.

Sam Walton was a Concerto finalist in the BBC Young Musicians competition in 1996 and Bronze medal winner in the Shell/LSO Competition the same year, before embarking upon his studies at the Royal Academy of Music.  He has worked with many of the UK’s orchestras including the London Philharmonic, BBC Symphony, the Philharmonia and the London Sinfonietta. In May 2012 he was appointed Co-Principal Percussion of the London Symphony Orchestra. Sam is also Principal Percussionist of the John Wilson Orchestra.  As a chamber musician, Sam is a member of the Colin Currie Group, has performed with violinist Viktoria Mullova and pianists Martha Argerich, Pierre-Laurent Aimard and Cedric Tiberghien. He can be heard on numerous discs of repertoire by Reich and Bartok. He is also a member of the LSO Percussion Ensemble.  Solo appearances include concerto performances with the Orquesta de Castilla Y Leon, the Gurzenich Orchester and the Netherlands Radio Chamber Orchestra.  As a recording artist, Sam appears on many soundtracks for film and television, including the Harry Potter movies, the Lord of the Rings, the Twilight Saga and Antman. He can be heard on albums by Seth Macfarlane and Gregory Porter. He also has been the percussionist for Howard Blake’s The Snowman stage show for 20 years!  Sam is currently a teacher at the Royal College of Music, the Royal Academy of Music and the Guildhall. He is also the percussion tutor for the European Union Youth Orchestra.

Two performances of this programme will be presented at 2.30pm and 5pm.  Please specify in the comments section of your ticket request below which performance you wish to attend.