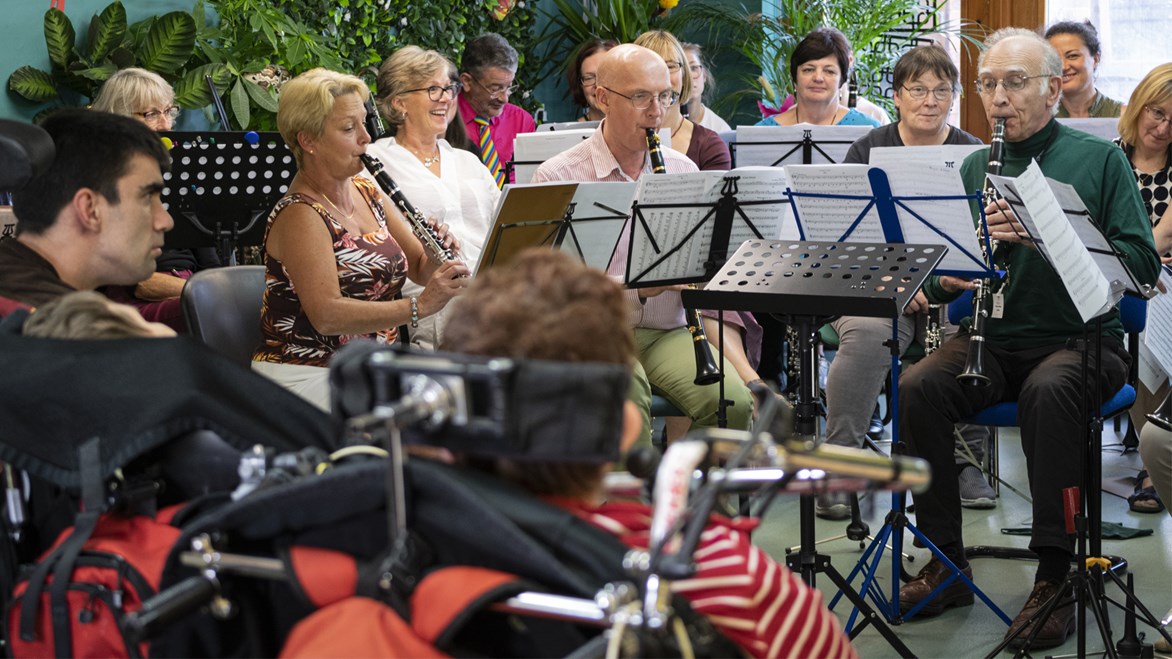 "On Sunday 8 September 2019, the Benslow Music Clarinet Weekend course finished with a concert held at Symonds House Leonard Cheshire Disability, a home for disabled adults in Hitchin. The concert showcased the pieces which the participants had been working hard on over the weekend, through performances led by course tutors Margaret Archibald and David Campbell. The audience at Symonds House were treated to a varied programme of works both for the entire clarinet choir and for smaller ensembles, including music by Frederick Delius, Gerald Finzi and Joseph Horovitz. The greatest hit of the programme, however, was the Musicals Suite by Roger Bennett, an arranger, composer and bass clarinettist who used to attend clarinet courses at Benslow Music. Although this suite of popular show tunes was played by only a small ensemble of clarinettists, the performance also featured singing not only from the rest of the course participants, but also from some of the residents and care home volunteers!

The concert formed part of Benslow Music’s Outreach and Engagement Programme. Through a variety of events, including Open Days, Workshops and the Young Composers Competition, Benslow Music aims to provide opportunities to engage with and enjoy music to a wide range of people. This visit to Symonds House was led by course tutor Margaret Archibald. Margaret is the artistic director of the music outreach charity Everyone Matters, an organisation which aims to bring music to people who may not otherwise be able to access it, including members of pre-schools, day care centres and care homes like Symonds House. As part of the established relationship between Benslow Music and Everyone Matters, Margaret has arranged several visits to care homes at the ends of her courses; however, this visit to Symonds House marked the first time that all course participants were involved in this special closing concert. Discussing the benefits of holding concerts such as this one, Margaret highlighted music’s capacity for nonverbal, direct communication as one of the key reasons why many people are able to engage with and benefit from these performances. The next collaboration between Benslow Music and Everyone Matters will be the Performing for Hitchin event on 14-16 October 2019, during which an intensive course for instrumentalists and singers will be followed by visits to care homes in Hitchin.

The concert proved to be an uplifting end to the weekend for all involved. One of the course participants commented that they enjoyed the friendly atmosphere of their performance at Symonds House and that they liked interacting with the audience members, both during the concert and at the tea and biscuits after! Positive feedback was also heard from the staff and residents of Symonds House. Rex, a volunteer at the home, said that residents often find the experience of concerts such as these both “soothing and entertaining”. Although not all of the members of Symonds House chose to attend the performance, Rex said that the music could be heard throughout the house and that even those residents who did not attend could be heard engaging with the concert. Rex believed that, as is often the case with musical events held in the home, the concert would have an uplifting impact on the moods of the home’s residents for days to come. These sentiments were echoed by Tom, a resident of Symonds House: he particularly enjoyed being able to sing along with the performance and said that the concert left him feeling “positive and happy”. Both Rex and Tom were hopeful that performers from Benslow Music would soon return to Symonds House with a concert as successful and engaging as this one." 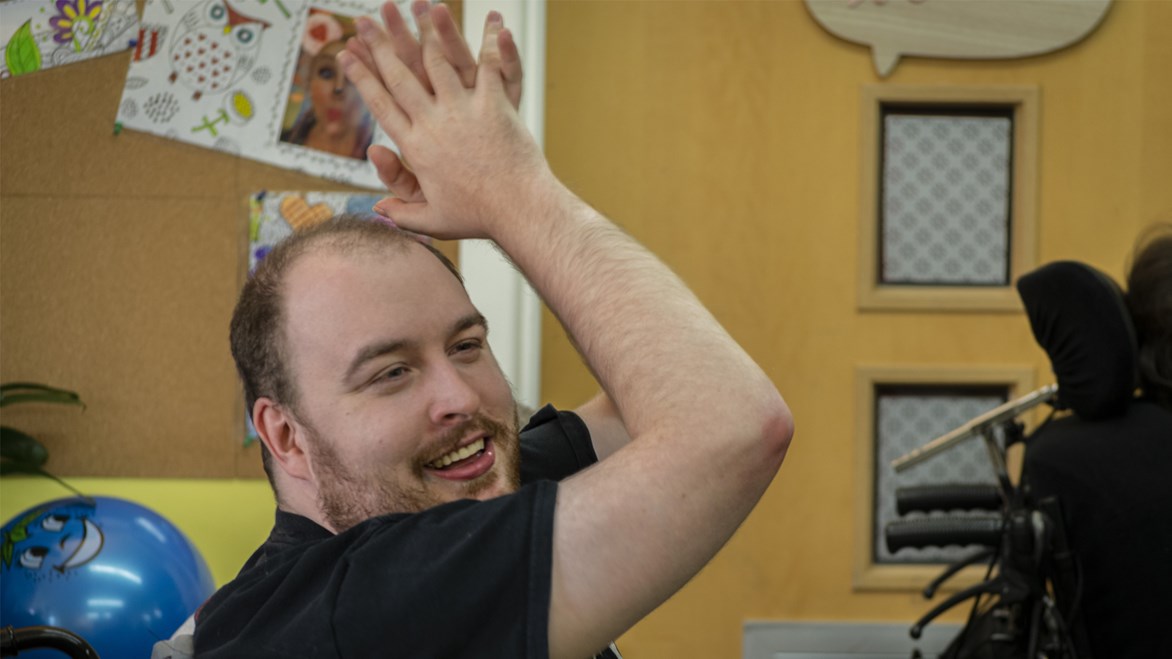 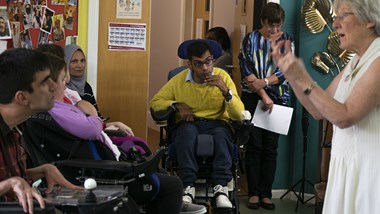 Everyone Matters
Everyone Matters offers a wealth of carefully targeted, cost-effective music projects to schools and the wider community. Its mission is to take live music and music-making to people of all ages who cannot readily access it themselves.