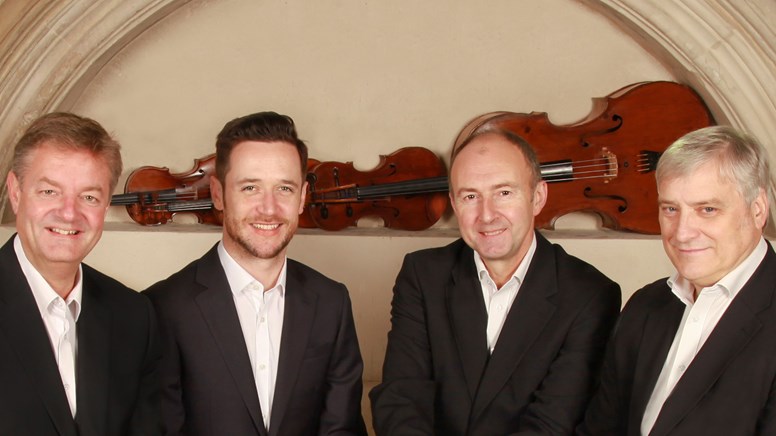 Formed in 1988, the Maggini Quartet is one of the finest British string quartets. Its acclaimed recordings have won international awards including Gramophone Chamber Music Award of the Year, Diapason d’Or of the Year and a Cannes Classical Award, and have twice been nominated for Grammy Awards. The Quartet has recorded the complete Mendelssohn quartet cycle for Meridian Records and their CD of two of the opus 18 string quartets by Beethoven is now available, also on Meridian. Recent projects for the label have been recordings of the string quartets of Welsh composer Arwel Hughes, a disc of music by Jonathan Rutherford and another of Mozart’s ‘Hunt’ and ‘Dissonance’ quartets.

The Maggini Quartet’s commitment to new music has led to important commissions including works by James MacMillan, Robert Simpson, Eleanor Alberga and Roxanna Panufnik. Their unique collaboration with Sir Peter Maxwell Davies, performing and recording his ten ‘Naxos Quartets’, was hailed as “a 21st century landmark”.

The Magginis are renowned for their interpretations of British repertoire and The Glory of the English String Quartet continues to be an important ongoing initiative, drawing upon the wonderful repertoire which the Quartet is committed to bringing to a worldwide audience.

In addition to their concert activity, the members of the Quartet have an international reputation as chamber music coaches. They hold several UK residencies and have worked at the UK’s senior music institutions.

Tchaikovsky Quartet No 1 in D Op 11