Emma was a pupil of the Purcell School, the Royal Academy of Music and won the woodwind section of the BBC Young Musician of the Year 2010. She was Principal Flute in the European Union Youth Orchestra and has since played with the London Mozart Players, English National Opera, the BBC Scottish Orchestra and the Orchestra of the Age of the Enlightenment. She was selected as a Making Music Young Artist and is a City Music Foundation Artist.  Emma has lived near Hitchin all her life and performed for the Friends when she was a student.

Heather was also at the Royal Academy of Music and freelances as a soloist, orchestral and chamber musician and has performed in The Royal Festival Hall, The Royal Opera House, Cadogan Hall, St John's Smith Square, King's College Chapel, Cambridge, Glyndebourne Opera House and Kensington and St James' Palaces. 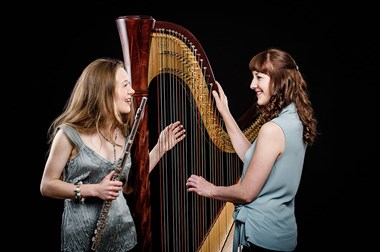