As a soloist, Peter's repertoire ranges from the baroque concerti of Vivaldi and Bach, through the concerti of Mozart, Mendelssohn, Brahms and Tchaikovsky to works of the twentieth century by Elgar and Finzi. A recent collaboration with composer Richard Sisson led to Peter giving the world premieres of a series of concertos, including one for violin and oboe. Peter was also proud to have performed the second UK performance of the concerto by Loris Tjeknavorian, with the composer present, and the first performance of sonatas by Michael Miller and Alex Woolf. 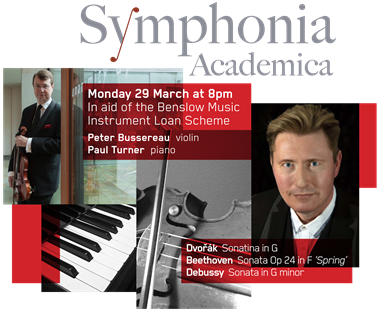