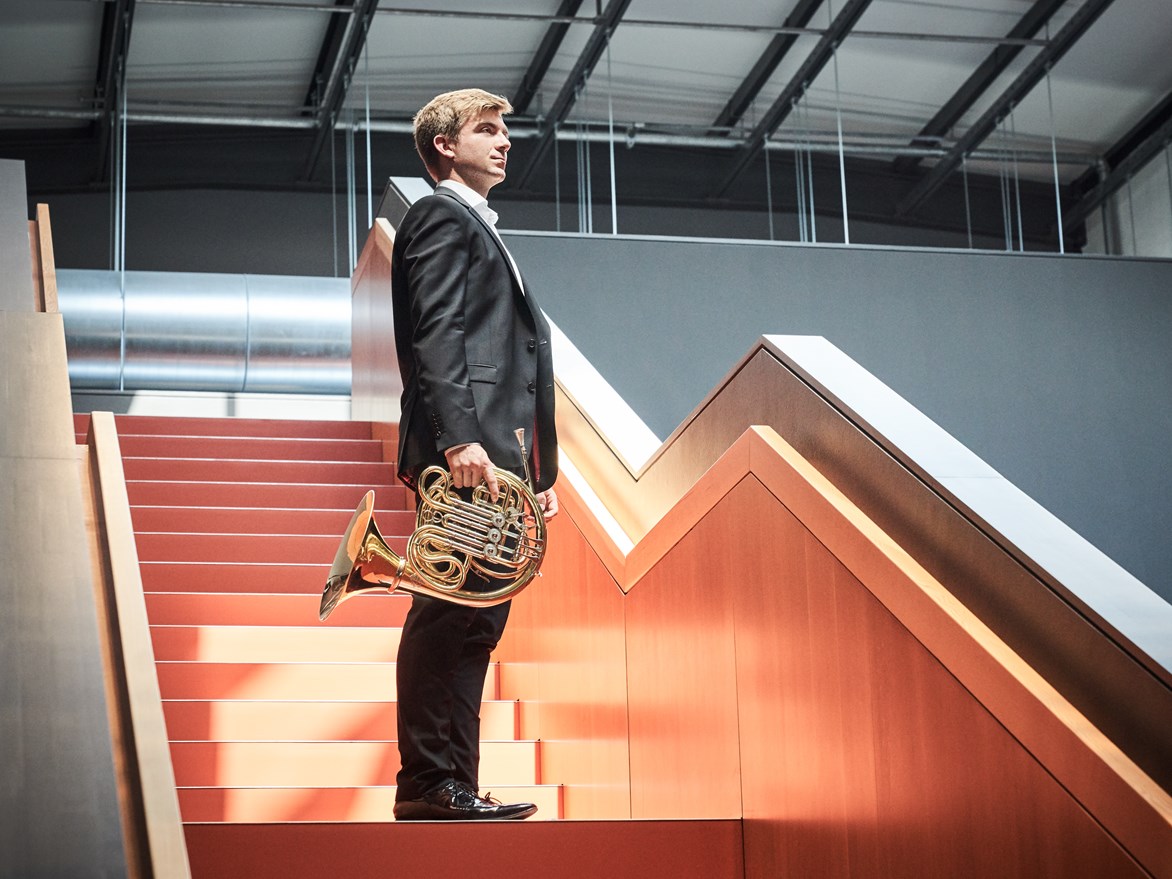 Over the last year Ben has made his debut with the Mozarteum Orchestra in the Mozartwoche Festival (Salzburg) and with the Royal Philharmonic Orchestra. This season Ben records as a soloist with the Philharmonia Orchestra, and with pianist/composer Huw Watkin. He returns to Wigmore Hall, performs Britten’s Serenade at the Queen Elizabeth Hall and Ligeti’s Horn Trio at the Pierre Boulez Saal.

At the age of 18 Ben was a Concerto Finalist in the 2016 BBC Young Musician Competition.  Highlights since then include his debut at the BBC Proms, solo appearances with the Aurora, Britten Sinfonia, English Chamber, London Mozart Players, Lucerne Symphony, Manchester Camerata, Prague Philharmonia and Sinfonie Orchester Berlin. A committed chamber musician, Ben has collaborated with Daniel Barenboim, Martha Argerich, Sergei Babyan, Elena Bashkirova, Sunwook Kim and Michael Volle at the Verbier, Salzburg, Jerusalem, Intonations (Berlin) and Barenboim (Buenos Aires) Festivals, among many others.

In 2018 Ben’s debut album was released and he was selected as a BBC Music Magazine Rising Star and Gramophone Magazine “One to Watch”. He was a prize winner at the 2019 YCAT International Auditions. Ben Goldscheider is YCAT’s inaugural Ann Driver Trust Artist.

Noted for the integrity and breadth of his musicianship as soloist, chamber musician and recording artist, Richard Uttley has been recognised for his "musical intelligence and pristine facility" (International Record Review), "amazing decisiveness", and "tumultuous performance" (Daily Telegraph). His playing is frequently broadcast on BBC Radio 3 and has featured on BBC Two, BBC Four, Classic FM and Sky Arts. He won the British Contemporary Piano Competition in 2006 and was selected for representation by Young Classical Artists Trust (YCAT) in 2011.